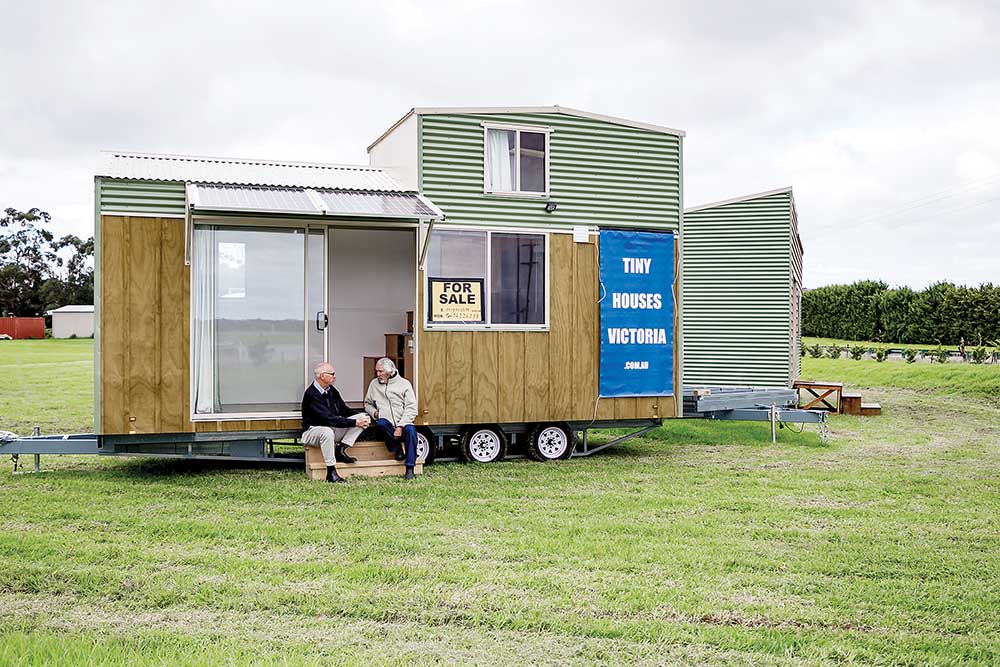 TINY homes – or small, functional houses – are being assessed to provide affordable housing for the thousands of homeless and rough sleepers on the Mornington Peninsula.

The homes, which could be set in small villages, are seen as ideal crisis accommodation, particularly for the 135 Capel Caravan Park residents soon to be seeking a roof over their heads after their planned eviction later this year.

The tiny homes could be trucked onto small parcels of land in semi-rural locations or unused public land, such as disused road reserves.

So great is their capacity to offer a practical solution to homelessness that they will be featured in a Tiny Homes Expo on the southern peninsula next Easter.

In the meantime, former Liberal candidate for Nepean Russell Joseph, in consultation with Capel Caravan Park resident Wayne Iremonger, has launched the not-for-profit Peninsula Community Housing to raise awareness of the urgent need for low-cost housing.

The issue was highlighted by the murder of rough sleeper Courtney Herron, 25, in Melbourne’s Royal Park last month, Mr Iremonger said. He reflected that her death could have been prevented if she and her attacker had homes to live in rather than foraging for shelter in open parks.

“There are fewer opportunities for low-income families and we need to find and develop low-cost land to house them,” Mr Joseph said.

“We are trying to figure out what structure [PCH] should be and how best to raise money for it.”

An eco-village using the tiny homes is a favoured option for the estimated 2000 rough sleepers sheltering from the elements on the southern peninsula’s beaches and car parks each night.

“Many are women, often older single women with little superannuation, or mums and dads with children – they are our priority,” Mr Joseph said.

“We also want to help ageing parent/carers, particularly those with intellectually disabled children. They are terribly worried about theirs and their children’s futures.

“We urgently need land and buildings from any level of government or private donors.

“The Salvation Army is desperate for any accommodation. Whatever we build they will fill them. We don’t care where the money comes from. There’s a lot of frustration building, particularly with the inaction from the state government.”

Mr Iremonger said eco-villages would be cheaper than caravan parks and rooming houses, with rents capped at $150 a week.

“While rudimentary, they will allow for a dignified life for residents as both crisis housing and transitional housing [on the way] to a more permanent solution,” he said.

Mr Iremonger said medium and large sites being assessed were the grounds of an old Lutheran Church in Widdop Avenue, Rosebud, and the VicRoads freeway reserve on Boneo Road, Boneo.

Nepean MP Chris Brayne said homelessness was an “important issue that has been facing our peninsula for decades”.

“The issue is particularly difficult on the peninsula as finding appropriate land to be used for affordable rental properties remains challenging.

“The 2019-20 Victorian budget delivers on a promise to build 1000 new homes over the next three years. I will continue to fight to see the peninsula get its fair share of public housing.”